skip to main | skip to sidebar

We are First Robotics (New York City & Connecticut 2009 Regional Finalists #3) Team 743 from "The Bronx!". We are from The High School Of Computers and Technology. 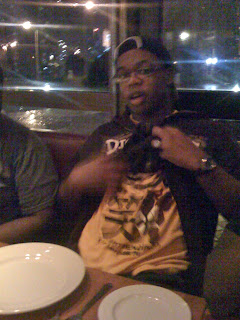 I hope I spelled Connecticut right...We are happy-ish to inform you that we indeed got to Second Place (again) at the FRC Regional in Hartford, Connecticut. It was a bittersweet win, yea we won something but we were really hoping for first but in the spirit of Gracious Professionalism we congratulate the winning alliance (1155, 1902, 126) Congrats guys! We would also like to give a big thanks to our #1 Asset Jovon Outlaw our driver! Without him we would not be so awesome!
THANKS JOVON!
Posted by The Technobots at 12:23 AM No comments: 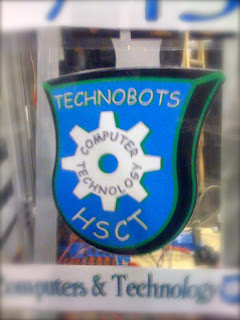 Our colors are new Baby Blue and Sea Green! Cool I know!
The Logo is courtesy of Dennis Barrientos.
Posted by The Technobots at 7:48 PM No comments:

Hey everyone! We are proud to report that we The Technobots came in as Regional Finalists #3! We would like to thank our brilliant and talented mentors Ed and Jeff (Go Shasho *insider*). The New York City Regional at The Jacob Javits was so much fun being able to form alliances and help out other people! 3 Days of McDonalds, Starbucks, Pizza, the Crowd, The Enthusiasm and The Thrill and Drive to Win kept us going to be able to get where we are today! Thanks once again to our mentors but a super special thanks to Jazmin our captain, Mr. Bellis our supervisor and our Principal Mr. Abramowitz because without you guys none of this would be possible!
Off to Conneticut we go!.....Hopefully to do the same!
Congrats to all the other teams! Way to Go! Lunacy 09'
Posted by The Technobots at 7:37 PM No comments:

This year we have landed...On the Moon (kinda). Our Robot will literally weigh and move as if it were on the surface of the moon!
(Source: US First Website)
LUNACY is played on a 54' x 27' low
friction ﬁeld. Robots are equipped with
slippery wheels and payload trailers.
LUNACYgame pieces are “Orbit Balls”
designated as Moon Rocks, Empty Cells,
or Super Cells. Two three-team robot
alliances collect and score Orbit Balls in
trailers attached to the opposing teams’
robots. Human players are positioned
around the perimeter of the arena and
can score from their stations.
Robots are autonomous during the
ﬁrst 15 seconds of play, and teleoperated
for the remaining 2 minutes. Trailers begin
each match empty, and robots may be
loaded with up to 7 Moon Rocks by their
team prior to the start of the match.
Human players are equipped with 20
Moon Rocks, less the number they load
into their robot, and a quantity of Empty
Cells and Super Cells determined by the
outcome of their previous match. If a
team has not yet played a match, the
human player receives 4 Empty Cells
and 2 Super Cells.
Moon Rocks and Empty Cells scored
in an opponent’s trailer, at any time and by
any player, are worth 2 points. Super Cells
scored in an opponent’s trailer are worth
15 points. Super Cells must be “activated”
before they can be played. Activation
occurs when a robot delivers an Empty
Cell from their Outpost to their Fueling
Station. Empty Cells can be delivered
throughout the match. Super Cells may
only be played during the last 20 seconds
of a match.
Posted by The Technobots at 3:36 PM No comments:

This is the new blog for the FIRST Robotics 2008-2009 competition team The HSCT Technobots team 743.
Posted by The Technobots at 3:55 PM No comments: 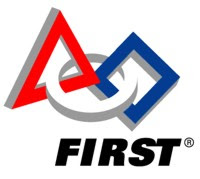 Our Homework: For Dean.